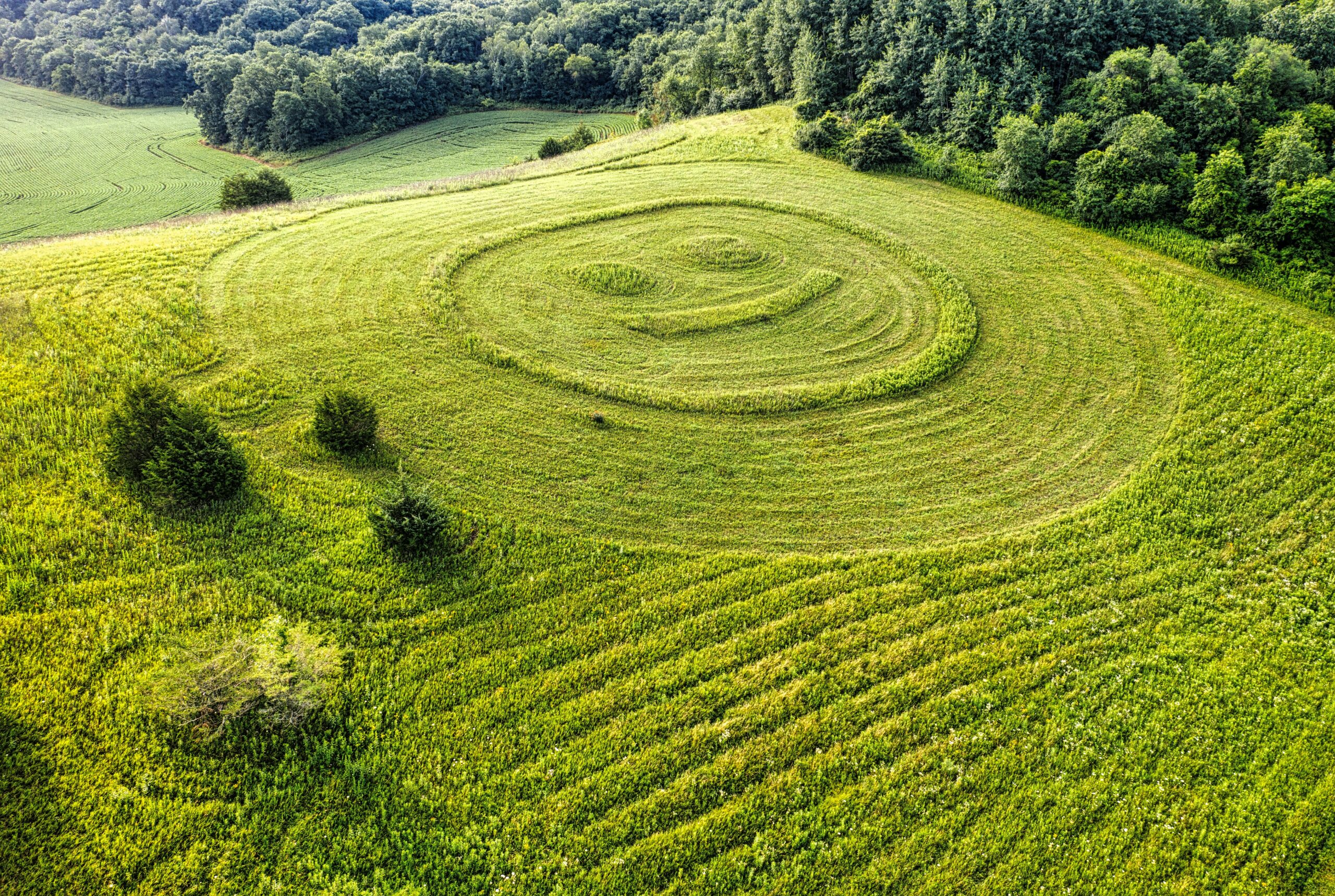 Net promoter score is essentially a metric that is widely used in experience programs to measure customer loyalty and satisfaction. It is measured using a single question and usually ranges from a scale of -100 to +100. But the score to this one question can speak volumes about your company. Read further and find out how.

NPS aka net promoter score is something that you cannot afford to ignore, especially if you give value to customer experience. This particular metric is incredulously popular and is used by millions of businesses today. It is ubiquitous! The reason is that it gives you answer to the 4 most pressing questions.

Now, you know what great potential NPS holds. So, lets explore the net promoter score and see how you can incorporate it into your business.

What is Net Promoter Score?

Net Promoter Score (NPS) is a widely accepted benchmark to measure the satisfaction and loyalty level of your customers. This metric is highly reliable and can be used by companies of all sizes across various industries. The net promoter score revolves around one basic question and the score given to that:

On a scale of 0 - 10, how likely are you to recommend our product/service to your friends and family

Your customer will rate you on the given scale. You can then calculate the overall net promoter score accordingly through a dedicated formula which we will explain shortly.

Why should you Measure NPS?

NPS is critical for all customer-centric businesses. When you make the most of your NPS surveys and improve the score, you reap a lot of benefits. Over a period of time, you will observe a reduction in churn, increase in referrals, and higher retention rate which ultimately leads to higher revenue.

In short, we can coin NPS as a predictor of business growth.

If you procure a good NPS score, then your business is bound to grow, and you know you are going on the right track.

However, if you get a low score then its time to up your game by following up with customers and identifying the issues in your business. All these are associated with business growth.

How do you categorize NPS Respondents?

Firstly, you gather individual NPS scores, analyze them, and then categorize them. As per the score given, the respondents will be divided into:

Promoters: Promoters are the ones who chose 9 or 10 for the NPS question. These customers are the happiest ones with your product or service. They are loyal to your brand and are most likely to share your brand with their network. They not only stay longer and buy more but also refer others to your business.

Passives: Passives are the ones who have rated 7 or 8 for the NPS question. These customers are neutral in their outlook towards your brand. They may neither recommend your brand to someone nor talk bad about you. As a business, your goal should be to convert as many people in this bucket by delighting them.

Detractors: Detractors are those respondents who have chosen 6 or lower (0 to 6). Detractors have most likely faced issues with your product/service. They are least likely to refer anyone to your brand. Moreover, they may talk negatively about your brand within their network and post bad reviews on the review sites. So, it is very important to find out their issues, address and resolve them immediately.

How to calculate NPS?

Net Promoter Score is simple on all fronts, be it the surveys or the NPS calculation, everything can be done so quickly. So, what is this simple procedure of NPS calculation?

In simple words, NPS is calculated by subtracting the percentage of detractors from that of the promoters.

Tip: If you notice, the NPS is represented as a whole number rather than a percentage. Also, the passives are not taken into account for the calculation.

What is Relational NPS?

Relational NPS helps you in obtaining a high-level view of customer loyalty and satisfaction. When it comes to relational NPS you just need to ask customers whether they would recommend your brand as a whole to their friends/family. This gives you an overall idea about your brands health and helps you in benchmarking NPS with the industry standards.

What is Transactional NPS?

How to Implement NPS in your Organization?

Start with the NPS question The Main NPS question (also known as the ultimate question) asks the respondent on his/her/their likelihood to recommend business/product/brand to the friends/family/colleague. The choice is an 11 point scale ranging from 0 to 10. You can frame your question according to your objective.

To get feedback on why the respondent selected that score, typically an open-ended follow-up question is asked. This question can be free-form text to capture the thought of the respondent behind the response. This response can then be analyzed either manually or automatically to identify the key improvement areas. 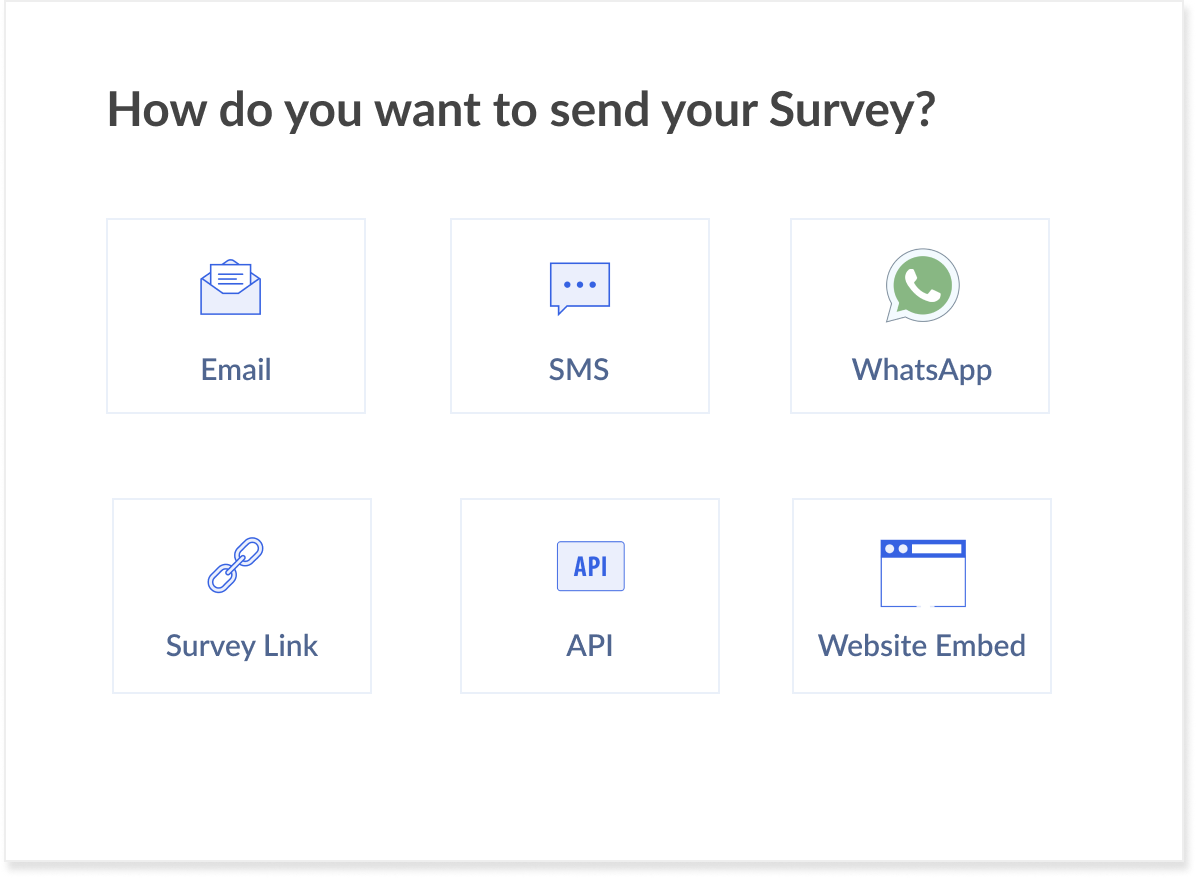 As mentioned earlier, for NPS calculation, you need to use the formula:

Or this can be further simplified to

You can definitely use these formulas and calculate your NPS manually if your customer base consists of only 5 - 10 members. However, if the number exceeds (which will) you will have to resort to automation. Wed definitely suggest a highly responsive tool like Affiniv for the purpose to help you delve deeper into the numbers.

Anyhow, heres a free NPS calculator to make the calculation easier for you. Give it a try.

Is your NPS score good enough?

NPS ranges between -100 to 100. So, the lower the number, the poorer the customer experience. A higher number indicates that you have a healthier business with happier customers. A business with a high NPS score would typically see 2 things that help them grow.

So, what is a good NPS score?

Yet, these numbers can change according to the industry. For eg. 2 or 3 is actually a good score for the cable TV industry since the industry average is 1. So, there are various aspects to consider.

While the above-mentioned ranges for NPS can be used as guidance, there is no one-size-fits-all number for NPS. NPS varies widely across industries. For example, in the 2020 XMI customer ratings, report, Streaming Media and Retail industries had an average NPS of 28 and 25 respectively. Whereas airlines, car rental businesses have an average negative NPS. For software companies, the highest NPS captured in the study was 38 with an average of 14. 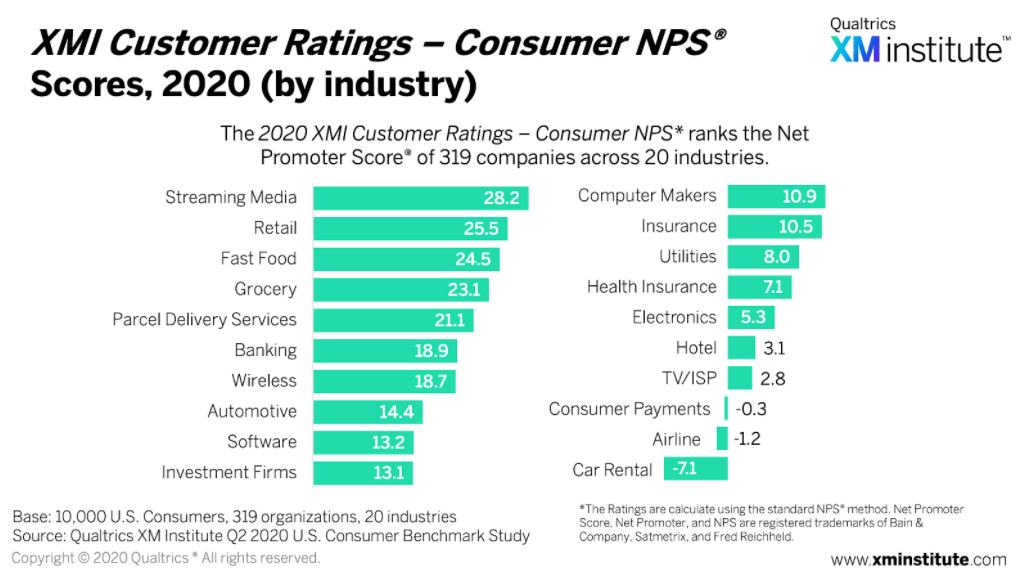 From the above picture, its clear that within the industry there is a good deal of variation. This can be due to several reasons - the number of suppliers, competitive dynamics, industry-specific factors, geographical regions, etc.

In the case of software companies, for example, there are more options to choose from than before. This results in higher expectations from a Software vendor and consequently a lower NPS.

There are also cultural biases to keep in mind. For example in some countries, it may be considered impolite to provide bad ratings. As a result, you may see more passives than detractors. In some industries like financial services, a loan denial may result in bad customer feedback. Its important to benchmark yourself against your best-in-class peers as opposed to chasing a number.

Find out what is a good NPS for your business here.

Ok. Now you have a score! How do you know whether its good or bad? And what should you do next? Measuring and benchmarking your NPS is only the beginning. The real business lift comes from using customer feedback to truly improve your business.

Analyze the Why The score is important, but the text feedback that you collect in the survey is the real goldmine. The descriptive feedback contains the why behind the score. This feedback must be shared across the team (both operating as well as executive) on a regular basis. An NPS tool like Affiniv has the option to tag each response and identify the important areas of improvement. You can analyze the feedback manually or use automated text analysis to discover the most common issues.

Analyze score and feedback for each segment To further analyze, you can segment responses by key attributes. For example, an eCommerce business may analyze NPS by city, product type, user demographic, etc. A software/SaaS business can analyze NPS by attributes like country, language, industry, plan type, user role, etc. If you find that customers in a certain city or industry giving you a low score, then you can further analyze the issue and plan the action accordingly.

Beat your own scores This is a valuable point. As they say - a good NPS score is the one that is better than your last score. Collecting NPS should be a continuous exercise - should be done at least every month across your customer base. Every customer should be surveyed at least every 3 months to understand their feedback. You should compare your scores month-on-month or quarter-on-quarter to see how the scores are changing and take appropriate action.

Companies that see success with their customer success program are generally committed to action. That is - measure NPS continuously, gather feedback, analyze them and act on it to close the feedback loop. This is where many companies lack. Just conducting NPS surveys is not going to take you anywhere. You need to close the loop. Heres what Rob Markey, the leader of Bain & Companys Global Customer Strategy has to say about closing the loop 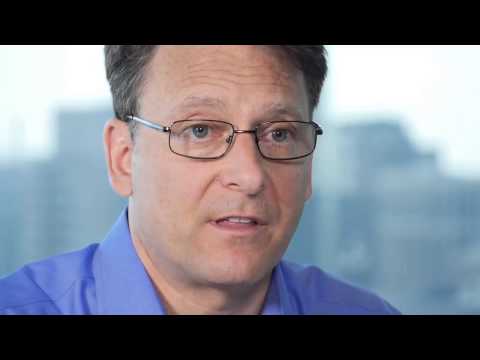 Your NPS programs should be a continuous exercise to improve customer experience. Conducting NPS surveys once in a blue moon wont bring the desired results. Itd be just a waste of time.

So, heres what you should keep in mind when dealing with feedback from NPS.

How to Improve NPS [Proven Strategies]?

As we mentioned before, NPS improvement starts with closing the loop. And the strategies mentioned below are more or less part of it.

Involve in powerful strategies to promote your brand. The best way would be to ask your customers, especially promoters to facilitate your campaign through word of mouth, online reviews, and referrals. You can also encourage them to do so by giving them offers and incentives as a token of gratitude for participation.

Follow-up with Detractors and Passives

Follow-up with detractors and passives by sending them personalized messages and finding the reason behind their score. Address them and provide instant solutions. Make sure you let them know of this. Also, engage with them often but dont go overboard with it. You need to give them their space as well. All this will help you build a good relationship and convert them into your loyal promoters.

You shouldnt forget the promoters, your loyal customers who took the time to give a great rating and convey the desire to recommend your brand. So, engage with them regularly, offer them incentives and make them feel cared for.

Bring down the average resolution time

Prompt solutions are always preferred by customers. So, your team as a whole should put in the effort in handling issues quickly and reduce the average resolution time. If it takes time to solve the issues, then provide the customers at least with a temporary solution but do let them know of it.

Customer excellence demands the right level of commitment at all levels - front-line operators to executives. Sometimes it requires a mindset change for a business, which may be a little challenging but highly rewarding at the same time. 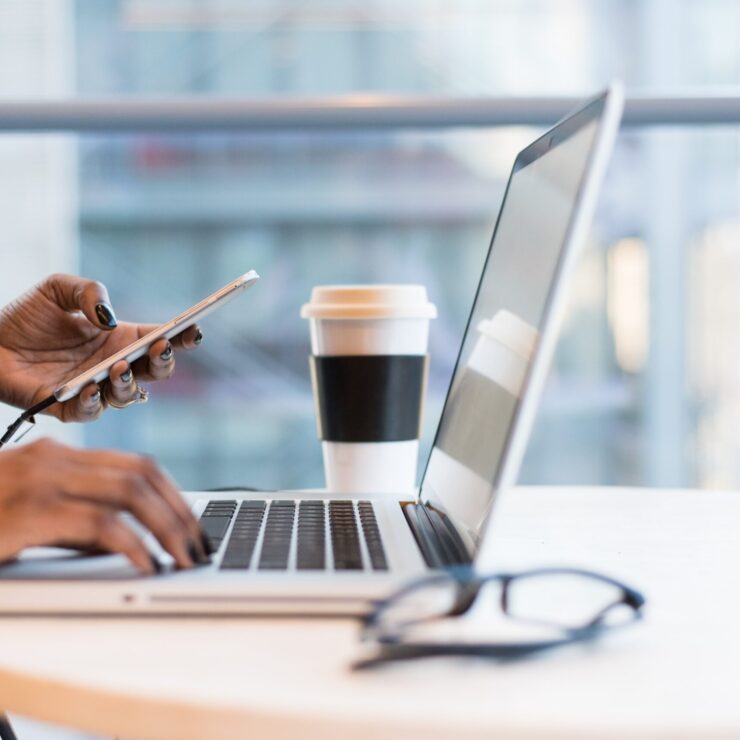 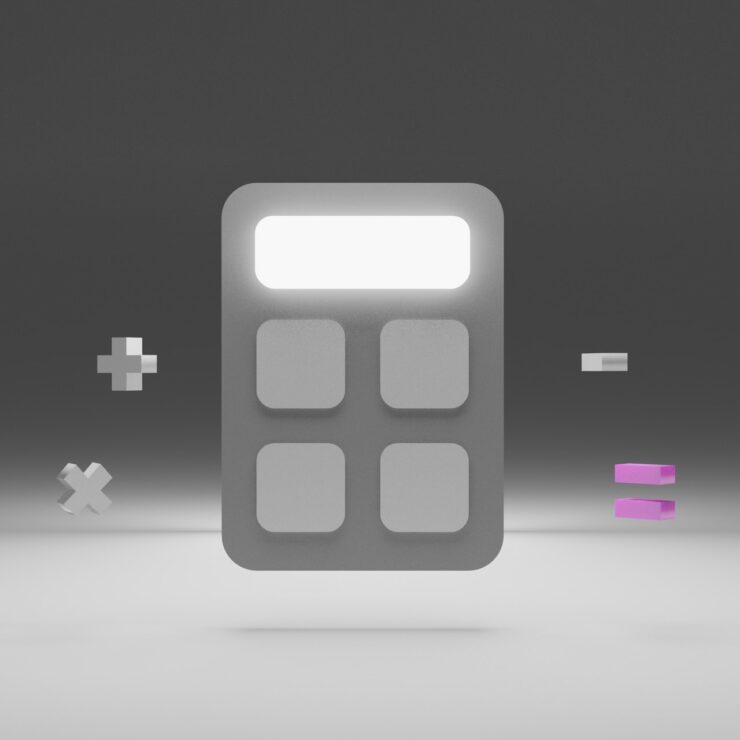 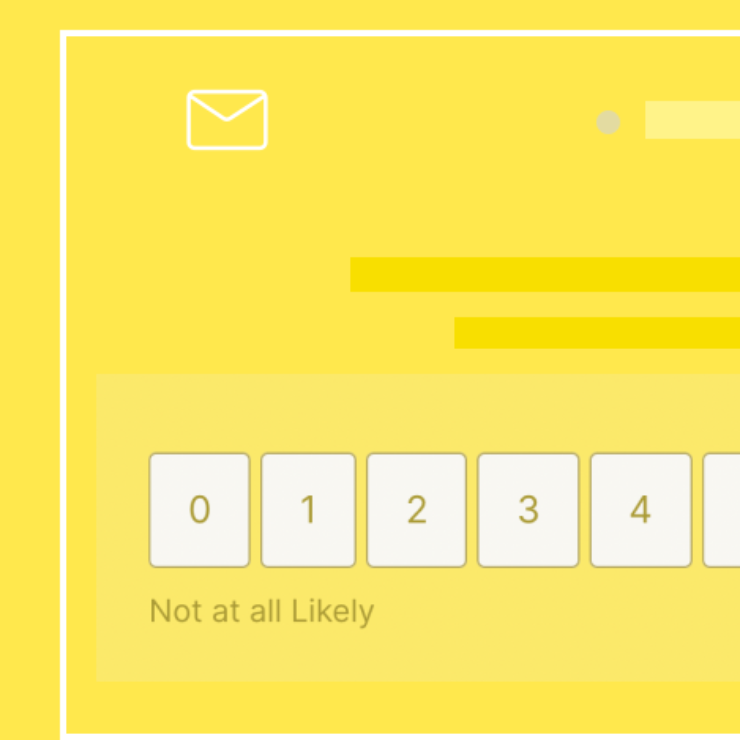